In Motion Physical Therapy is open normal hours and accepting new patients. It remains our top priority to provide the highest quality care. We are taking extra precautions to keep our patients and staff safe per state and local guidelines.

Our fitness center reopened in June. Hours: Mon - Fri: 7AM - 8PM, Weekend: 7AM - 4PM. We will monitor our occupancy and ask members to practice safe hygiene and social distancing per state and local guidelines.

In the beginning of his career Brock worked in rehabilitation units dedicated to spinal cord injuries, traumatic brain injuries, amputee patients, pulmonary and cardiac diagnosis, and neurological diagnosis including stroke, MS, and Guillain-Barre Syndrome. He has worked in all types of settings that physical therapy is performed. Most of Brock's experience is in the outpatient setting which he enjoys immensely.

He has taken extensive continuing education in the spine, shoulder, knee, ankle, hip, hand, and ankle / foot. Brock believes in an ongoing education that is continuously evolving.  He has passed the criteria to be a certified hand therapist.

Brock enjoys sharing his career path with his wife as well as being the father of 3 children. When he has spare time, he enjoys the diversions of wood working and sports with his kids.

Articles and Videos by Brock Harper

Kristy graduated with honors from Princeton University with a degree in American History and pre-medical studies. After completion of her undergraduate degree, Kristy graduated from Hahnemann in 1998, with her Masters degree in physical therapy.

Kristy has been a physical therapist for 13 years, and has worked exclusively in outpatient orthopedics and sports medicine. In 2001, Kristy and her husband Brock opened In Motion Physical Therapy and Rehabilitation, a family owned, independent clinic and fitness center, where she is both co-owner and practicing clinician.

Kristy has pursued continuing education in various fields with a special interest in sports medicine, biomechanics, gait dysfunction, manual therapy, women's health and post mastectomy rehabilitation. Most recently, Kristy completed her doctorate in  physical therapy from Drexel and has continued to further her education with continuing education and certifications in the Graston technique and in ART. Kristy enjoys time with her husband and three children, exploring museums and historical places, biking, running and coaching youth sports.

Articles and Videos by Kristy Harper

Kristen has practiced at In Motion for over 10 years and is the current Director of the Clinic with over 20 years of experience in Outpatient Physical Therapy.  Kristen is a native Pennsylvanian who graduated from Messiah College Magna Cum Laude with a Bachelors Degree in Biology in 1992. She received her Masters Degree in Physical Therapy from Hahnemann University in 1994. Kristen initially practiced at Chestnut Hill Rehabilitation Hospital in the in-patient and out-patient setting where her care included rehabilitation for people with strokes, amputations, total joint replacements, or prolonged hospitalizations. She then moved to the Williamsburg area of Virginia where she continued to treat athletes from William and Mary along with people from childhood to elderly age for various orthopedic, sports-related and neurological conditions.

While in Virginia, Kristen completed advanced graduate studies at the Medical College of Virginia where she lectured on physical therapy topics in electrotherapy, shoulder and lumbar pathology and adverse neural tension of the upper extremity. In 2002 Kristen became a McKenzie certified therapist in mechanical diagnosis and treatment of the spine. She has focused her continuing education on manual techniques to become a spine specialist through continuing education courses in the Maitland Approach as well treatment of the shoulder, knee, foot and ankle for multiple soft tissue pathologies related to general orthopedics and sports related injuries. Kristen also treats infants and children with gross motor delay, torticolis, plagiocephaly and orthopedic issues.

Kristen and her husband reside in Chester County and enjoy spending time with their four daughters outdoors whether hiking, kayaking or sailing. She also enjoys running, golfing, and most any other sport to watch or play.

Articles and Videos by Kristen Klingen

Michael is a native of West Chester Pennsylvania and enjoys calling it home. At an early age, he began to enjoy and prioritize health and fitness in his own life. His interest in physical therapy began when he went to PT after breaking multiple fingers in his left hand and since then he has never looked back. Michael graduated with a Bachelor's degree in Kinesiology from Penn State University followed by his Doctorate in Physical Therapy from Arcadia University.

Michael received his CPT (Certified Personal Trainer) as a senior at Penn State and enjoys using his resources through the ACSM to recommend a variety of interventions and exercises. He likes being part of a team who can collaborate and share ideas encouraging each other to keep learning. He wants every patient to feel unique and prioritized through his/her program.

In my spare time he enjoys: taking his French Bulldog on walks, mountain biking and beach days and in the summer, snowboarding in the winters and of course cheering on the Eagles, Sixers, Phillies and Flyers.

Articles and Videos by Michael Carnuccio 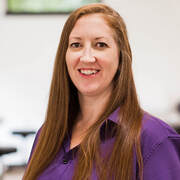 Debb has a unique history prior to joining the talented team at In Motion Physical Therapy. She has worked in the healthcare field for over 20 years; the majority of which was spent in veterinary medicine. She received her bachelor’s degree in Wildlife and Fisheries Sciences from The Pennsylvania State University with the goal of becoming a veterinarian for a zoo or wildlife refuge. Her years spent at the veterinary hospital ultimately culminated in a managerial position, but she still felt that she was meant to do more. She even spent some time working in Disney’s Animal Kingdom in hopes of learning about the challenges of handing and caring for wildlife.

One fateful day at the animal hospital, she worked on range of motion and strengthening exercises prescribed for one of the regular patients. It was a West Highland Terrier that had torn a ligament in his knee sparked the passion that led her to change careers and pursue a doctoral degree in physical therapy.

Upon graduating from Neumann University’s DPT program, she immediately started working in outpatient orthopedics, which is where her passion truly lies. Debb enjoys treating spinal pathologies and has a great sense of pride when she is able to help someone who has been dealing with chronic pain and limitations regain their function.

Debb and her husband reside in Delaware County and enjoy spending time with their three dogs and cat. She and her husband hope to rescue pigs and goats to add to their little “zoo-family” as well! They are true wildlife advocates, both animal and human!

Articles and Videos by Debb Eyer

Matt comes to In Motion after multiple years of experience in outpatient physical therapy as he and his family have decided to settle in the Chester County area. Matt was once named the tallest gymnast in the NCAA. While completing a degree in Neuroscience Psychology at Penn State University, his hard work helped the school's gymnastics team win several national titles. Bachelor of Science in hand, Matt went on to work as an acrobat for renowned circus companies such as Cirque du Soleil. After spending 5 years performing, completing a Yoga Teacher Training Certification and coaching acrobatics at Circus Warehouse in New York, he decided to enhance his knowledge about the human body and enrolled in the Doctoral Program of Physical Therapy at Columbia University College of Physicians and Surgeons.

Upon graduation, Matt started treating full time in Outpatient Orthopedic Clinic in Center City Philadelphia. Specializing in Sports and Performing Arts Physical Therapy, he is regularly invited by Neurosport to work with Broadway and Off Broadway Productions, providing physical therapy backstage to high level performers, including Tony Award winning actors. Matt currently resides in Chester County with his family and feels fortunate to work at In Motion and in a field helping individuals regain independence, return to sports, and get back to an active life style.

Articles and Videos by Matthew Greenfield

Amanda Horvat is a native Pennsylvanian who grew up in Sinking Spring, PA. Her interest in physical therapy started as a competitive gymnast where she experienced several orthopedic injuries that led her to receive multiple rounds of physical therapy. Through this experience, she fell in love with the physical therapy career and has strived to achieve excellence in the field since. She graduated from the University of Miami with the a Bachelor's Degree in Health Science with the honors of Summa Cum Laude. Amanda then returned to the Northeast to continue her education at the University of Delaware where she received a Master's in Anatomy and her Doctorate in Physical Therapy.

Amanda enjoys the outpatient physical therapy setting and treating a variety of orthopedic and sports injuries. She enjoys treating patients in an open team environment. Amanda strongly believes in manual therapy techniques and the importance of individualizing each patient's treatment in order to return each individual to his or her goals.

In her spare time, Amanda enjoys running, traveling, watching any sporting event, as well as spending time with her family and friends.

Articles and Videos by Amanda Horvat

Katy grew up in Phoenixville, PA. She went to Catholic University of America in Washington, D.C. for her undergraduate degree, and received her Doctor of Physical Therapy degree at Arcadia University.

Most of Katy's experience is in outpatient clinics seeing a variety of diagnoses including: orthopedic, sports injuries, and hand therapy. She is excited to continue learning and applying individualized care.

Outside of the clinic Katy has a German Shepherd named Dana with whom she likes to go on hikes. She also loves hanging with her family, watching anything sci-fi and playing board games.

Articles and Videos by Katy O’Neil

Allison enjoys working with a variety of diagnoses in the outpatient orthopedic setting, but has a passion for sports rehabilitation. She has taken a variety of continuing education courses and is certified in the Graston Technique for soft tissue mobilization. As a lifelong athlete, she had her fair share of injuries on the field, especially during her 4 year tenure on the Ursinus College softball team. She believes in individualized patient care and enjoys helping patients achieve their goals.

In her free time, Allison enjoys spending time with family and friends, playing slow pitch softball, going to the gym, and participating in Spartan Races (and regretting it afterwards).

Articles and Videos by Allison Pfrommer

Kyle grew up in nearby Berks County, Pennsylvania. He completed his BS at Penn State University in 2006 . Kyle then graduated from Temple University with a Doctor in Physical Therapy Degree in 2013.

Kyle has practiced in nearly all settings, including hospital-based inpatient, home health, and chiefly outpatient orthopedics. He is a board certified Orthopedic Clinical Specialist and has completed advanced training in treatments of the lumbar spine, overhead throwing, hip pathology, and injury prevention for young athletes. He enjoys treating patients of all ages, backgrounds, and diagnoses.

Outside of the clinic, Kyle enjoys spending time with his loved ones, exercising in the gym, hiking outdoors, and reading.

Articles and Videos by Kyle Wagner